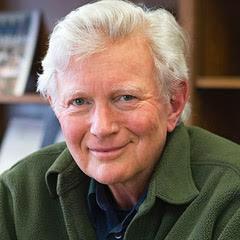 Peter Gray is a research professor of psychology at Boston College who has conducted and published research in neuroendocrinology, developmental psychology, anthropology, and education. He is author of an internationally acclaimed introductory psychology textbook, now in its 8th edition, which brings an evolutionary perspective to the entire field. His recent research focuses on the roles of play in human evolution and how children educate themselves, through play and exploration, when they are free to do so. He has expanded on these ideas in his book, Free to Learn (Basic Books). His research includes surveys of grown unschoolers and graduates of a school designed for Self-Directed Education. He also authors a regular blog called Freedom to Learn, for Psychology Today magazine. His research findings have led him to become an advocate of Self-Directed Education. He is a founding member and president of the Alliance for Self-Directed Education.

Specific focus and areas of expertise:

• The biological foundations of Self-Directed Education (children’s instincts to learn)
• Empirical evidence for the success of Self-Directed Education
• Conditions that optimize children’s abilities to educate themselves
• The roles of play in children’s intellectual, social, and emotional development
• The harmful consequences of our early academic training
• Psychopathology created by our current standard educational practices
Academic Positions:
The City University of New York. Adjunct Lecturer in Psychology, 1970-71.
The Rockefeller University. Guest Investigator in Neuroscience, 1972.
Boston College, Department of Psychology Faculty, 1972-present (retired early as full Professor with teaching and research duties in 2002; Research Professor 2002-present).

Advisory Board, Save Childhood Movement, 2013-present.
Organizer of team creating the website AlternativesToSchool.com, 2012-present.
Co-editor of Ancestral Landscapes in Human Development. Oxford University Press, 2014.
President of Board of Directors, Alliance for Self-Directed Education, 2016 to present.
Editorial Advisory Board, American Journal of Play, 2017 to present.
Board of Directors, Let Grow Foundation, 2017 to present.
Director of Library Initiative Research Team, supported by Woodshouse Foundation grant. 2019-2020.