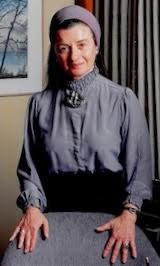 Research Psychologist, Emerita
UC Berkeley
1927-2018
Dr. Diana Baumrind, Ph.D., an internationally-recognized pioneer in research on parenting styles and children’s development, passed away at age 91 at Highland Hospital in Oakland, CA, on September 13, 2018. She was under medical care following a head-on car collision. Baumrind was born on August 23, 1927, in New York City, the first of two daughters of Hyman and Mollie Blumberg. Influenced by the activist politics of her father and extended family, Diana’s teen and early college years were dominated by a Marxist  perspective. This background fueled her interest in the dynamics of authority as it played out in patterns of socialization in families, in moral development, and in the professional ethics of the research enterprise.

Baumrind received her B.A. in psychology and philosophy at Hunter College in 1948. Newly married, with interests in developmental, clinical and social psychology, she began graduate school in 1948 at the University of California, Berkeley, obtaining her M.A. in 1951 and Ph.D. in 1955 in psychology. Her dissertation, completed under the supervision of Professor Hubert Coffey, was Some Personality and Situational Determinants of Behavior in a Discussion Group. Her arrival on the Berkeley campus coincided with the loyalty oath controversy (1949-1954), further heightening her humanitarian and socialist beliefs. After being awarded her doctorate, Baumrind completed a local postdoctoral clinical residency at Cowell Memorial Hospital/Kaiser Permanente from 1955 to 1958. She was also director of two U.S. Public Health Service grants. Additionally, from 1958 to 1960 she  had a private practice in Berkeley in which she worked with parents of troubled children.

Baumrind was a developmental psychologist, holding a research psychologist position, at the Institute of Human Development (IHD) at UC Berkeley, from 1960 to 2018, where she was director of the Family Socialization and Developmental Competence Project. Later divorced, she said that a research pathway offered her a flexibility of hours that she needed in order to raise her three daughters. Over her 58 years at the IHD, Diana contributed much to the intellectual life of her colleagues at the institute. She was especially appreciated for her sharp intellect and incisive questions. She was also well-known for her unique personal style, including her signature headbands that she made herself and wore every day. She is renowned for her groundbreaking research on parenting styles and for her ethical analyses of research practices. Author of numerous journal articles and chapters, as well as two books, Early Socialization and the Discipline Controversy (1975) and Child Maltreatment and Optimal Caregiving in Social Contexts (1995), her work is widely cited and utilized to this day, both by researchers and in the public domain.

She was the recipient of numerous grants from the William T. Grant Foundation, the MacArthur Foundation, and the National Institute on Drug Abuse. Among her many honors, she was given the prestigious G. Stanley Hall Award for distinguished contributions to developmental psychology by the American Psychological Association in 1988, and a Research Scientist Award from the National Institute of Mental Health from 1984 to 1988. A conference celebrating her work was held at the University of Oklahoma in 2010, followed by a festschrift in her honor, Authoritative Parenting: Synthesizing Nurturance and Discipline for Optimal Child Development (2013), edited by colleagues Robert E. Larzelere, Amanda Sheffield Morris, and Amanda W. Harrist.

Beginning in the early 1970s, Diana Baumrind’s pathbreaking longitudinal study of parents was one of the first to include fathers as well as mothers. Starting when the children were preschoolers, Baumrind followed the families through school age to late adolescence. Her major contribution was the identification of two central dimensions of parents’ behavior — structured expectations and responsiveness — and the discovery that these dimensions in combination revealed three main parenting styles. Authoritarian parents are highly demanding of their children’s behavior in a cold, sometimes harsh manner. By contrast, “laissez faire” or permissive parents are warm and responsive to their children but provide little in the way of structure or appropriate demands for maturity. What Baumrind found to be the more ideal parenting style, leading to more positive cognitive, social, and emotional development in children and adolescents, was authoritative parenting — a combination of warmth and responsiveness with structure, limit-setting, and challenges to children to do their best. Her message to parents was that being only warm and responsive without providing reasonable limits to their children is not the most effective way to parent. Her results have been replicated in hundreds of studies, with some important differences found among cultures within the United States and in other countries.

Diana Baumrind was a vigilant and vocal critic of ethical lapses in psychological research. Perhaps her best-known publication in this area is a devastating critique of Stanley Milgram’s famous experiment in which he deceived participants by letting them think that they were administering high-voltage electric shocks to someone in an adjacent laboratory room. Invoking the atrocities of World War II, Milgram claimed that the results supported the idea that it is easy to induce individuals to inflict pain on others. Baumrind criticized the extrapolation of the study results to Nazi Germany by pointing out that Milgram’s research was conducted with college students who were likely to trust the experimenter and follow his instructions. She argued that the experimental deception represented a betrayal of that trust and an undermining of the psychological research enterprise. She never backed down from a moral or intellectual confrontation.

In addition to exercising vigorously every day, Diana worked tirelessly, into her 80s, to produce innovative work updating her theoretical constructs about parenting. She did this while refusing  to learn how to use a computer or e-mail; she was not a skilled typist and hired typists for most of her career. In that later work published since 2010, she refined the taxonomy of parenting practices to differentiate between confrontive and coercive uses of parental power and discipline. Confrontive parenting is when the parent takes a firm position in relationship to the child's behavior but employs reasoning and is open to negotiation with the child. Coercive parenting is, in her words, arbitrary, peremptory, domineering, and concerned with marking status distinctions. Diana's goal was to go beyond her differentiation between authoritarian and authoritative parenting, adjectives that are often confused but were chosen to encourage people to think about the similarities and differences between the types, to specifically address what her data demonstrated to be healthy and effective uses of the assertion of parental power. Her later work illustrates that she was not one to rest on her early laurels but actively pursued her inquiries in ever-refined intellectual directions. There is no doubt that our understanding of effective parenting today owes a great debt to Diana Baumrind’s pioneering research.